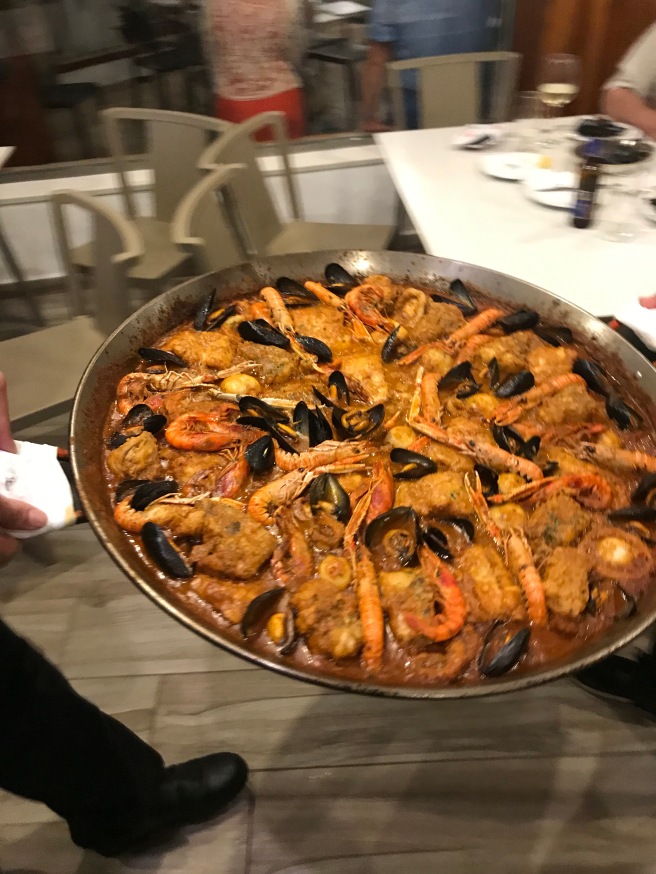 Twenty-two professional chefs took on Spanish cuisine during the second episode of the Netflix series The Final Table. The contestants were asked to make Spain’s most emblematic dish…paella. The winners of this challenge made a textbook Valencian version. The middle tier contestants didn’t stray too far from that template. They made close to the earth versions informed by hunting and gathering. The chefs on the bottom created dishes that were deemed undone, not authentic, or too spicy. The chefs who got sent home brought their Mexican and Jamaican influences to the task. A decorative rock and too much kick were their downfalls. Judge Miguel Bose spat out a fierce declaration, “Paella is not spicy!”

Donna and I have eaten in some celebrated Valencian restaurants. They are known for their paella. The best of these was just down the hill from our place in Oliva. It was a traditional interpretation with the requisite rabbit, and chicken. Snails were gratefully left out. According to Bible de la Paella ditching the snails is perfectly acceptable. Snails, or not, paella hasn’t managed to become a dish we are likely to seek out. 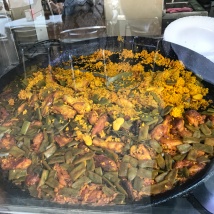 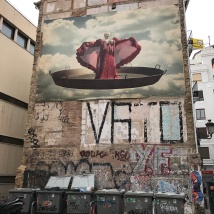 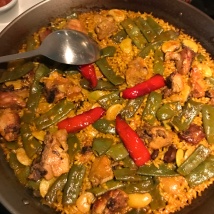 We are not alone in this. In many cases what paella lacks in spice is made up for with the addition of feet swelling quantities of salt. One traditional recipe included instructions to make the broth a little too salty. I don’t use much salt when I cook. So, “a little too salty” quickly becomes “too damn salty” for me. The consensus view is that paella lacks a balance of flavors. I love the earthy smokiness the paprika brings out, but there is a brightness that is missing.

The spicy Mexican/Jamaican version of paella that sent two chefs home on The Final Table looked and sounded delicious. What I am looking for when I am eating paella is not paella. The flavor profile I am looking for is closer to paella’s Louisiana cousin, jambalaya, or maybe even gumbo. A little bit of heat may be heresy if you are Miguel Bose, but I’ve always wished I brought a good bottle of hot sauce with me whenever I’ve ordered paella.

What happens when you create a paella/gumbo/jambalaya hybrid? It won’t be paella, and it won’t be gumbo, or jambalaya. It will be a rice dish. A gumbo is served over rice. Jambalaya tends to be soupy. A paella is skillfully cooked, rice and all, in one specially designed pan. Cooking a New Orleans style paella isn’t a big culinary leap. The ingredients are similar, and they share a similar heritage. You just can’t call the results ”paella”. 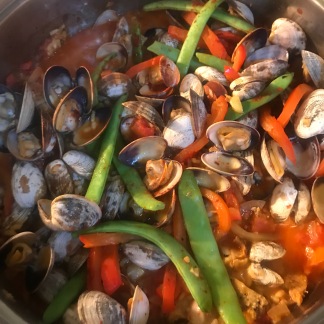 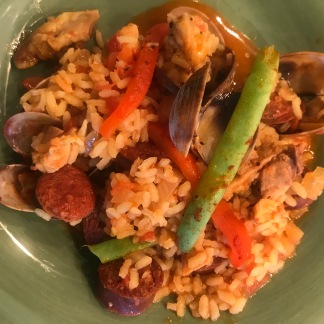 Cooking Instructions: Where jambalaya and paella really differ is in the cooking method. No one is looking for that crunchy goodness the Spanish call socarrat when they are eating jambalaya. Maybe they should. That comes down to closely timed changes in cooking temperature.

Cut the chicken into uniform pieces. Place the pieces in a bowl and add a pinch of salt, and lightly coat with the salt and some cayenne. Chop the onions and reserve. Clean and cut beans. Slice sausage into 1/2”slices. Mince the garlic. Blister the red pepper over a flame, or in a cast iron frying pan. Place the pepper in a plastic bag. When the pepper has cooled peel the skin. Cut the pepper into strips. Remove the skin from the tomatoes by briefly placing them in boiling water. Cut the tomatoes into quarters and remove the seeds. Roughly grate the tomatoes and reserve. 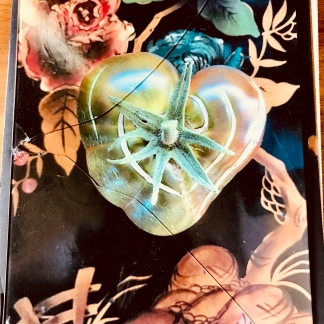 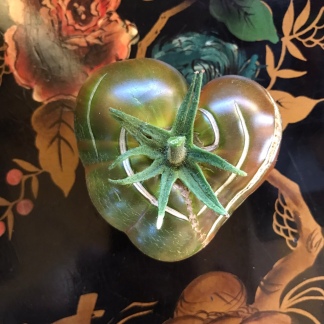 Add the grated tomato. Reduce it until the tomato water has evaporated. Gently mix in the ingredients that are on the outside of the pan.

Add the water and the chicken stock, or clam nectar. Add the saffron, and the paprika. Gently stir the last two ingredients into the broth. Add the rice when the water is rapidly boiling. No more stirring.

There are three stages in cooking the rice. Cook on high heat for the first 7 to 8 minutes. When you can see the rice go on to the second stage. Reduce the heat to medium or low for 8 to 10 minutes. During the last 4 minutes of the second stage add the clams by pushing them lightly into the rice. Arrange the red pepper on top of the rice. Cover the pan with a lid, or foil. Take the lid off the pan once the clams have opened. Discard any unopened clams. At the end crank the heat for 1 to 2 minutes to create the socarrat. (Note: Check the water absorption at every stage of cooking the rice. Adjust the timings accordingly.)

Garnish with Italian parsley, and serve with lemon wedges. Several bottles of good hot sauce should be on the table. It isn’t paella! 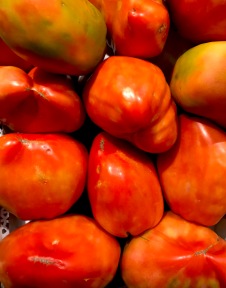 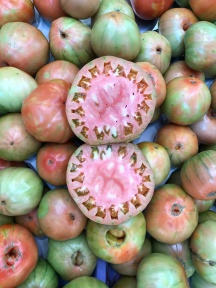 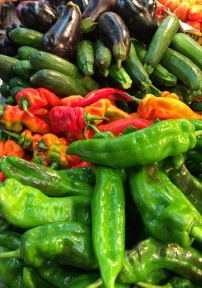 One thought on “It’s Not Paella”