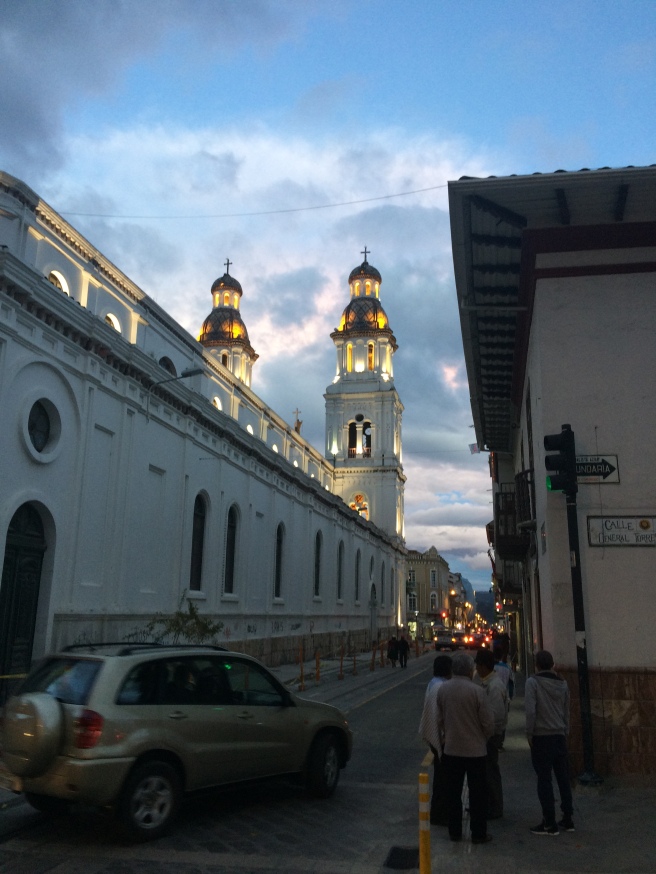 “I could fall in love with Cuenca, but…” Cuenca is a beautiful city. It has a mild climate, great restaurants, and interesting architecture. It has lovely rivers, and is nestled among striking green mountains. The people have been overwhelmingly friendly and welcoming. Cuenca is everything you could ask for. Then there are the busses that roll by belching street filling, lung hurting clouds of black smoke.

The smoke isn’t a subtle thing. When I said it was street filling I wasn’t exaggerating. People cover their faces, hold their breath, and turn away when busses roll by. When people write My Least Favorite Things About Cuenca lists bus emissions typically rank #1. 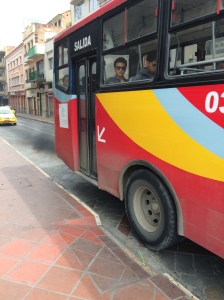 There is a lot of speculation about why the emissions are so spectacular. Lack of emission controls, and bad maintenance are the usual guesses. In fact there are annual inspections for all vehicles in Ecuador. Maintenance is a factor, and so is the fuel.

Ecuador still uses diesel that is 500 ppm sulfur instead of the Ultra Low Sulfur Diesel that is 15 ppm. The sensation of feeling like you are going to vomit when a bus rolls by can be attributed to the sulfur. Not all busses emit heavy clouds of black smoke though. This comes down to the age of the bus, engine wear, and how the bus has been tuned. In some cases busses have been adjusted to run rich. This generates more power, and more smoke.

It would be easy to assume the air quality problem is being ignored. This is not the case. An electric trolley system was being built, but stalled due to a lack of funding. Two Eco-Busses were added to Cuenca’s fleet. Again, a lack of funding has prevented the purchase of additional Eco-Busses. The discussion at the city council level is ongoing. The discussion among the ex-pat community ebbs and flows. When air quality comes up there’s no shortage of opinions. 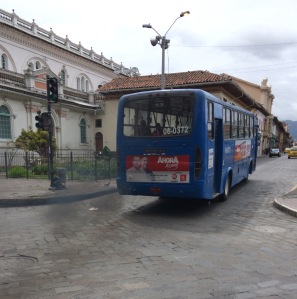 According to the 14 air pollution monitors placed around town the historic center registers the worst air quality. It is possible to  hang out in neighborhoods where the pollution is less noticeable. You can adjust your walking  route to avoid the streets busses use. Let me tell you though, after it rains you get a sense of just how sweet things could be.

Cuenca is a beautiful city. It has everything you could wish for, and busses that belch black smoke.