Steve Weber died on February 7, 2020. His obituary appeared in the New York Times almost a month later. Weber wasn’t a musical luminary. His contributions to the music scene don’t put him in the company of Bill Withers, or John Prine. Weber resided deep in the weeds, an accidental hallucinogenic pulled up and ingested. Following his path would get mere mortals killed. Steve Weber lived to be 76.

Steve Weber was a member of The Holy Modal Rounders, and for a time a member of The Fugs. His musical career was a product of The Village in New York City. I was introduced to The Rounders by some freight train hopping hippies in 1969. A scratchy piece of vinyl was played on a portable record player. The songs recalled a distant backwoods porch, and captured the spirit of an amphetamine fueled anti-war protest. Peter Stampfel and Steve Weber were The Holy Modal Rounders, and by any reasonable musical standards they provided a horrible, but somehow bright, moment. 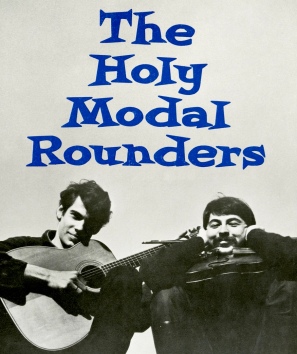 Stampfels’ vocals were enthusiastically nasal. His fiddle squawked and squealed. His banjo playing threatened to veer off track. Weber on the other hand was a proficient guitar player.  The songs Weber contributed were brief tossed off gems. The Rounders were a folky psychedelic version of Jerry Lewis and Dean Martin. Stampfel displayed the hyper attention seeking neediness that might earn you genius status in France. Weber had the easy charisma that comes with good looks and being comfortable in the briar patch. 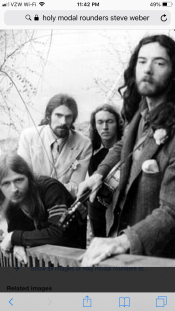 The Rounders’ high point was having The Bird Song appear in Easy Rider. Fugs fans might recall Weber’s Boobs A-lot. A careful listen to The Fugs First Album and Virgin Fugs reveals The Rounders musical contributions to those early excursions. At one point playwright Sam Shepard played drums in an incarnation of The Holy Modal Rounders. There was a television appearance on Laugh-In. The Rounders were a band on the verge. Soon enough brushes with notoriety had Weber taking a dive. Artistic differences and lifestyle choices had accusations of sabotage flying around. Stampfel  stayed in New York. Weber headed to Portland, Oregon. The heroin was cheaper. 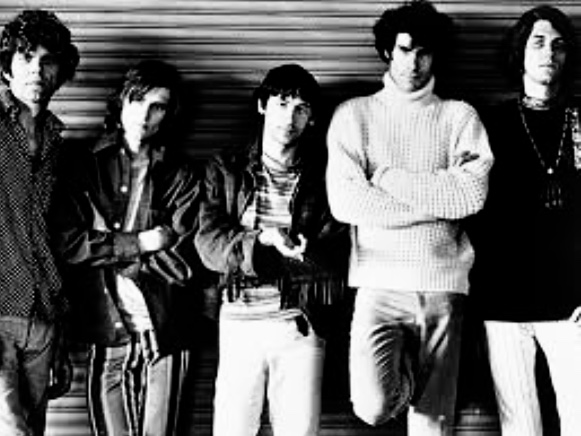 In Portland an electric folk rock version of The Holy Modal Rounders flourished as a touring bar band. I was lucky enough to see them a couple of times in Seattle. Here’s the thing. I’ve seen Dylan, The Stones, Neil Young, McCoy Tyner, Dave Brubeck, The Talking Heads, Prince, Van Morrison, Joni Mitchell, Janis Joplin, and Jimi. The list doesn’t stop there. Steve Weber’s West Coast Holy Modal Rounders were hands down the most fun.

We headed up to the Hill to see The Holy Modal Rounders. We were stuffed into the back of my ex-mother-in-law’s pink Cadillac. It must have been in ‘73, or ‘74. Viv was freshly separated from her husband, and on a tear. She could veer from 1950’s rigidity to hippy chick with alarming speed. She was channeling a beatnik vibe. Her passengers were suitably stoned.

I was expecting the Stampfel and Weber version of the band. What we saw was pure Weber. It was a hybrid folk rock ragtime jug band with a fiddle, acoustic bass, mandolin, full drum kit, electric guitars, and a guy who played two saxophones at the same time. The spirit was stuck between improvisational jazz and punk rock. Weber was more ringmaster than band leader. A nod of his head might unleash a mandolin solo, saxophone break, or a strangely melodic drum solo. It was seamless chaotic fun. 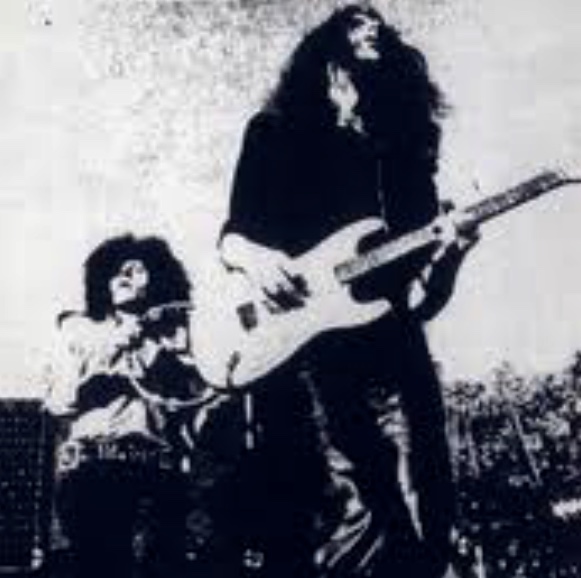 Weber was simultaneously flirting with five women. Everyone in the bar bought their own pitcher of beer. We were linking arms in a drunken folk dance. Couples danced on tables. Pitchers clinked in mid-air. A few of them shattered. By the end of the evening we were splashing around in big puddles of beer while barmaids swept up glass. Sure, there was probably a contact high, but even the barmaids were grinning. We were in on an outrageous secret. All I remember about coming home is how close Viv came to sideswiping parked cars as the pink Caddy swooped down Madison Street from Broadway.

Weber was onto something Bill Withers discovered when he walked away from the music business in 1985. A lot of professional musicians say they “play” music. They don’t. They “work” it. It becomes a factory job. The bass player is never good enough. The lead guitarist is too temperamental. Someone is under the influence. Someone else is fighting to maintain control. Record companies have pre-set notions about product. Withers walked away. Stampfel says Weber did the same. Until a bitter attempt to document a reunion in 2003 (Bound to Lose) that just wasn’t true.

After leaving New York Weber played. He embodied a lot of the traits that break bands apart, but fought to keep things loose enough to create magic. He kept playing until it stopped being fun. Until his habits got in his way. At his best he could stand off to the side and make chaos dance. Steve Weber was comfortable in the briar patch.

You’ve probably never heard of Steve Weber. His recorded legacy is sparse and spotty. I’ve seen legends perform. The only thing they had that Weber didn’t was the burden of fame. Somewhere in the afterlife there’s a glorious ruckus going on. It’s probably not in Heaven.  There’s beer on the floor, and everyone’s dancing!  RIP, Steve Weber!