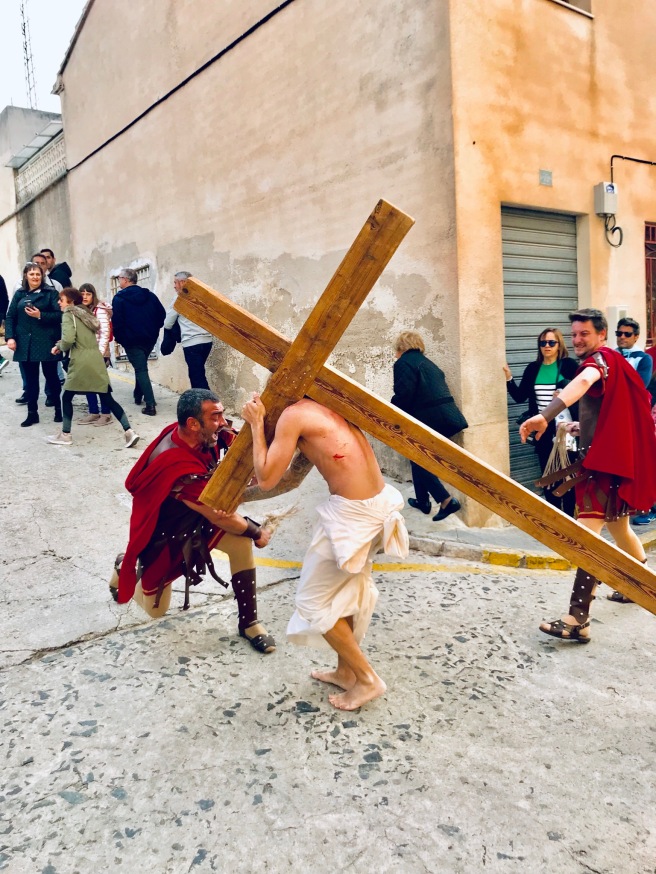 When the theater production of The Passion of Christ left the stage in Placa de San Roc something changed. The Roman guard was fierce and unhinged. He could have been a counter protester at a peace march. Teenagers swaggered. Some faces were tear streaked. Others were solemn. Some in the crowd were carried along with a sense of buoyancy. Their grins almost out of place as the cross carrying Jesus was whipped over and over again. Then too there were cell phones.

At first the cell phones distracted from the authenticity of the production. Then they began to lend authenticity. If Jesus was being marched to his death today, we would dutifully record it with our phones. Just as we recorded the burning of Notre Dame. What then of the story being told?

As I watched Jesus viciously whipped and saw the sweat of exertion cover the body of the Roman guard the story became visceral. The experience was not easily shaken off. This was not the accumulated history of Christianity.  I wasn’t witnessing the story of the Father, or the Holy Ghost. This was the story of a man. A man who was a friend, a storyteller, a man of wisdom, and a son.

History had to be subtracted. Jesus never built a cathedral and started opening franchises. He never built an army to kill in God’s name. He didn’t preach the killing of the Indian to save the man. He didn’t conspire to hide abuses committed by priests. Jesus didn’t condone turning religious enterprises into profit centers, and money laundering operations. Mankind did those things. The core story didn’t change, but its hero and it’s interpretation became malleable. 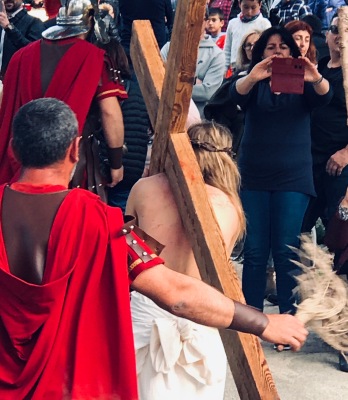 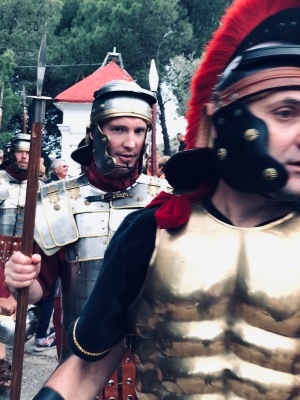 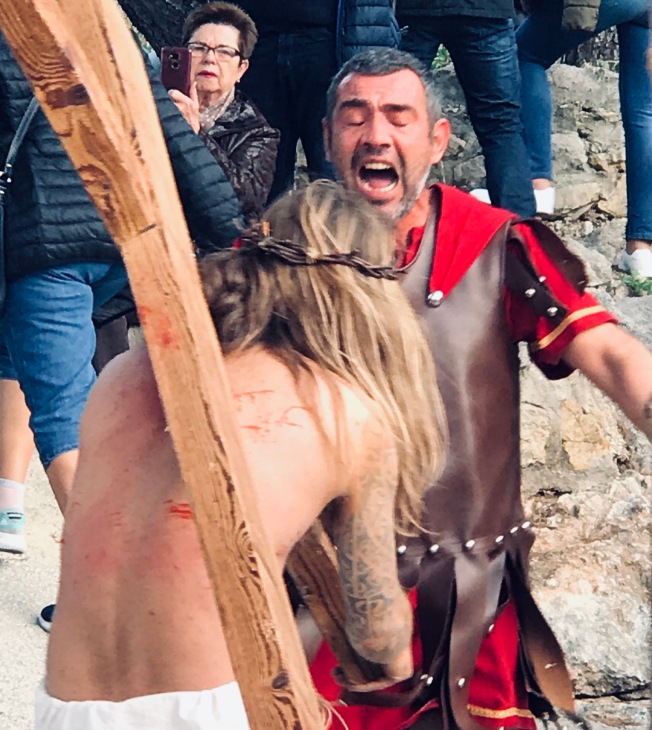 I used to study in the University of Washington’s Suzzallo Library.  I was an English major, but I studied in the Art History section. When I was tired of English I’d pour through Art History books. One of my favorite finds was a book about how depictions of Jesus changed throughout history.  When the societal need was caring for the poor, Jesus was careworn and shown among the downtrodden. When Jesus was elevating and protecting the status of the powerful, he dressed better. Through the ages Jesus lost his Middle Eastern looks and became almost Aryan. Jesus had become an all purpose nostrum as useful to the conman as to the faithful.

As for Jesus being a unifying figure, the number of Christian denominations is daunting. Each promises to be the true path, and will split hairs to prove it. So, what has become of Jesus?

Stripped to it’s human core the story of Jesus remains unchanged.  Jesus was a Jew who began a ministry. He used parables to teach about the Kingdom of God. Jesus spoke up for the poor and oppressed. He did not adhere to the  orthodoxies of his faith. As his ministry began to grow, religious leaders began to question him. During Jesus’s final days he rode a young donkey into Jerusalem. This reflected an oracle from the Book of Zachariah in which a humble king entered the same way. Later in the same week Jesus threw the money changers out of the temple. His conflict with the elders escalated. By challenging power and authority Jesus became a threat. He was tried, found guilty, and executed. Mary wept. Martyrdom followed. It’s the story of unyielding belief, and the conviction to pursue those beliefs at all costs. 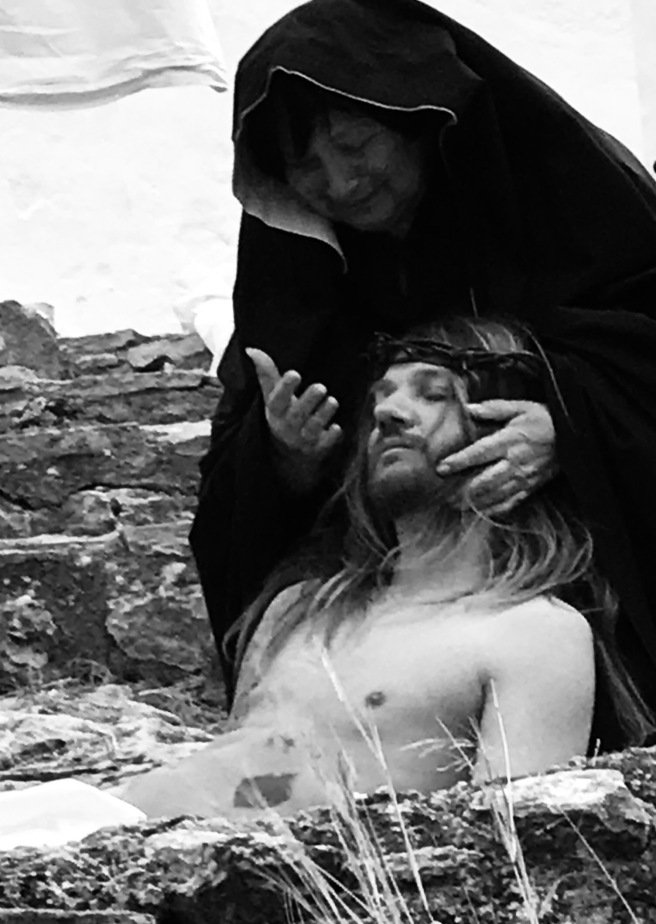 The story of Jesus has undeniable power. At the very least it is a story with staying power. On Calle Antonio Maura it was easy to imagine that Jesus walks among us. It was just as easy to imagine that given the chance we’d crucify him again. The power of a story is not merely in the answers it provides. It’s real power lies in the questions it provokes. The story of Jesus is still worth telling.

Our spiritual life is a journey. The fastest way to cut a journey short is to announce our arrival, and with that arrival stop questioning. The question that bubbled up to the surface as I followed The Passion of Christ up the hill past our house was, “Where do we find Jesus and his works?” Is he in corporate boardrooms, in gilded temples, or in the streets?