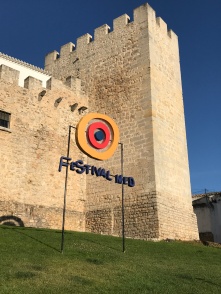 Over the years our travels have brought us close to some pretty impressive concerts. We missed the Stones in Dublin, and in Barcelona. We missed Sinead O’Connor in Rome. She dressed up like a priest on that occasion. Manu Chao played Lisbon a week after we flew home. John Cale, of Velvet Underground fame, played Dublin on June 16th this year. Shoulda, coulda, woulda!

In 2014 we looked for festivals that coincided with our travel plans. Festival Med in Portugal fit the bill. I didn’t recognize any of the artists who were booked. Donna and I came away as fans of Fado artist, Gisela Jao. We saw her again last year in Seville. Nour Eddine and his  international crew electrified the crowd. Cabo Verde musician, Dino Santiago seduced the crowd with tropical rhythms. Returning to Festival Med became a bucket list item. 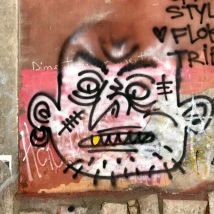 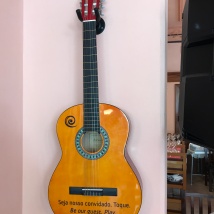 Donna and I have seen quite a few of our generation’s musical icons. Jimi, Janis, Joni, Dylan, The Beatles, The Stones, Prince, and the list goes on. All of these were memorable experiences. None of them were quite as much fun as Festival Med.

We have tried to explain the allure of Festival Med. The musicians are world class, the setting is magical, but it’s the interaction between the audience and the musicians that is unique. In Portugal it’s not a concert. It’s a party! The crowd claps and sings along. Grandparents  and toddlers are dancing. You start moving to the beat and it’s met with genuine smiles! Any bit of reserve melts away. You are in a crowd of joyful people dancing!

This year Donna and I made time for wandering. This brought us to a cafe where Fado was being performed. An excellent guitar trio played tangos while we ate paella, fish soup, and octopus salad. We sampled a few headliners as we threaded our way through the crowd. That last bit sounds terrible, but it was fun.

Then there were the acts I researched and didn’t want to miss.

Vurro is a keyboard playing one man band from Spain. He wears a cow skull on his head and uses the horns to crash the cymbals. He plays dazzling versions of classic old time rock and roll tunes. You could say Vurro is a novelty act. The thing is, just when you start wondering what kind of physical damage he is doing to himself by crashing into those cymbals he launches into a blazing version of Chubby Checker’s “Let’s Twist Again”! You’re too busy dancing to worry about Vurro’s vertebrae.

My brother, Leland, introduced me to Los Mirlos. We were playing our “Do you have any…” music collection game. Peru’s legendary Los Mirlos are credited with inventing the musical form known as Chicha. It’s a combination of traditional South American musical forms and surf guitar. Move over Eric Clapton and make room for Danny Jhonston! The guy plays mind bending licks, and hits rhythmic shifts I’ve never heard anyone pull off before. Los Mirlos had people dancing from the first note until the last. Danny Jhonston raised the Guitar God bar up a couple of notches! (Donna’s assessment? “You wouldn’t expect old men wearing green pants and white patent leather shoes to be so good!”) 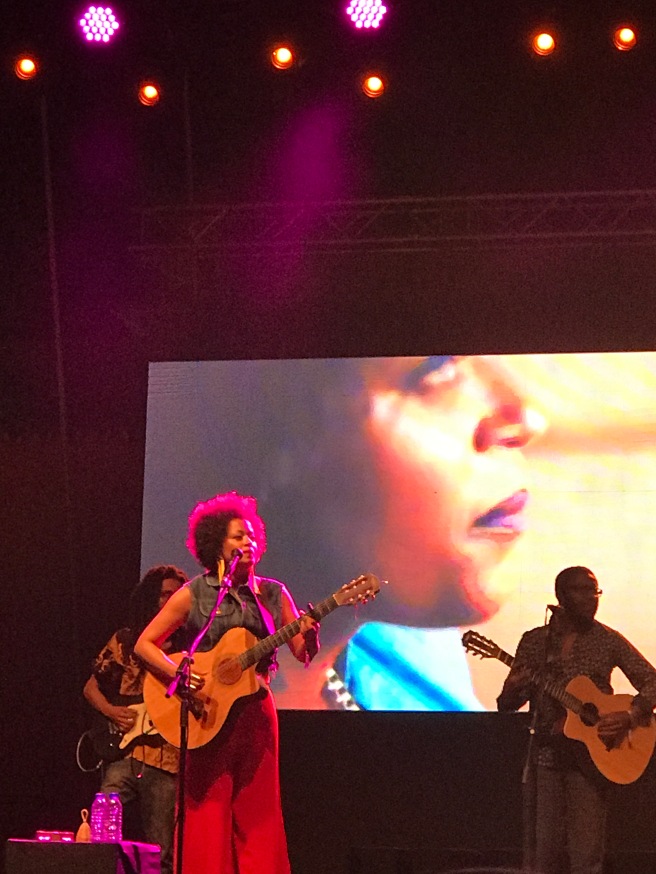 I knew Sara Tavares from my time hosting a radio show on Everett’s Independent Radio Station KSER. Tavares stands on Cabo Verde’s incredibly rich musical tradition. That means she knows she has to expand upon that tradition and make it her own. For my money (a twelve Euro entry fee) Tavares and her razor sharp band did exactly that. The stage craft we witnessed put the audience completely in Tavares’ capable hands. You knew she was going to take you somewhere, and she did!

My favorite image of the Festival came from this show. A tiny formally dressed white haired Portuguese woman stood swaying in the middle of the crowd. She was singing with a look of complete joy on her face! It doesn’t get better than that!

Reunion Island’s Morgane Ji is what I’d call an artist to watch. The lyrics from her song “Time Bomb” say it all. “Come back to me. Don’t turn your back on me. By the way…I’m a time bomb!” Mix Eartha Kitt with a dash of Jimi Hendrix, throw in a post apocalyptic electric banjo, some electronic effects, and a voice that can recall Tracy Chapman’s and you have started to approximate Ji. She also made the only openly political statement I heard during Festival Med. “This song is for the migrants, the people who have nothing. We must keep them in our hearts always!” That a simple call to recognize the humanity of those who are fleeing violence in their homelands has become political is telling. Morgane Ji, tough and vulnerable at the same time, delivered fierce musical statements one after the other. She’s an artist on a mission. You will hear about her! 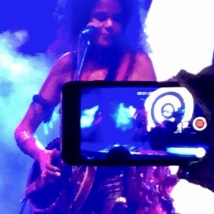 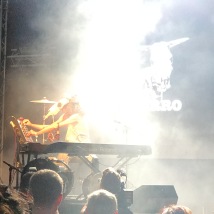 The acts we missed were numerous. We didn’t see them, but our apartment was only a three minute walk away. With the door to the balcony open we could hear them even as we drifted off to sleep. 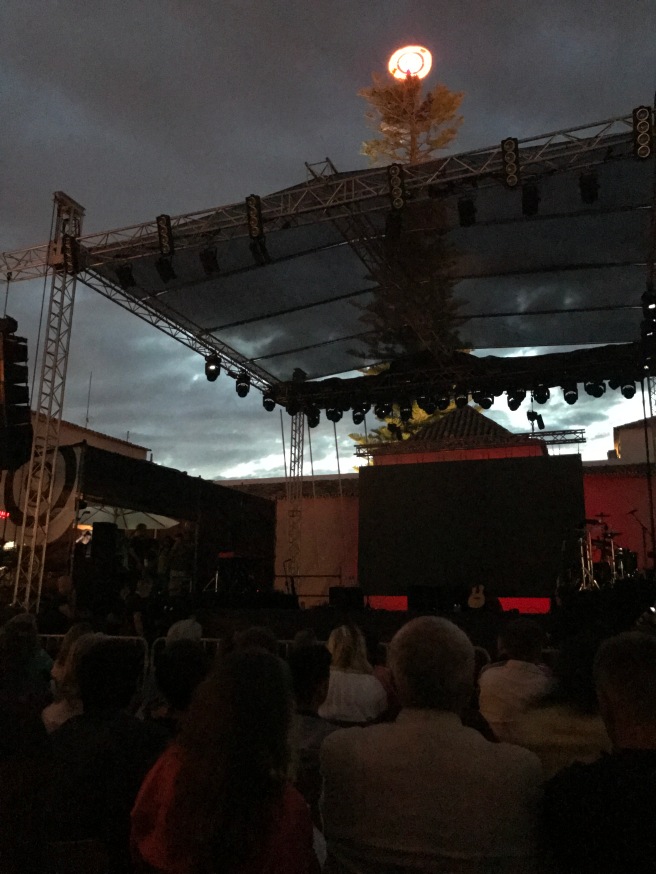