My Thanksgivings are always inspired by childhood memories of Uncle George and Aunt Bobbie’s house. I think that’s true for my siblings as well. Mother was not an extravagant cook. She prided herself on how cheaply she could feed a family of five. Her beef stroganoff might include a piece of meat that expanded as you chewed it. This could lead to two impolite options. A single Cornish game hen stewed in orange juice was not a surprising family meal. In comparison Thanksgiving at Uncle George and Aunt Bobbie’s was a sumptuous no-holds-barred feast.

In my memory there is a Thanksgiving when a turkey, a goose, and a honey glazed ham graced the table. Vienna sausages, cocktail onions, sweet pickles, pickled watermelon, jumbo black olives, candied walnuts, hard candy, several kinds of cranberry sauce, stuffing with sausage, another one with oysters, and whatever was popular in Good Housekeeping filled in all the nooks and crannies on the table. Uncle George made his baked beans with ham hocks. Rich with molasses they were nearly black. For dessert their was mincemeat pie with apricot brandy, and a pumpkin chiffon pie with peanut brittle folded into the whipped cream topping. It was a kid’s dream, and a diabetics nightmare.

At breakfast two days before Thanksgiving Donna and I planned a Spanish Thanksgiving feast for two. The menu was traditional, but limited by our knowledge of what is available in Spanish markets. Donna’s clam dip is an essential holiday item. Cottage cheese is difficult to find. The canned clams that are available in Oliva’s markets are not recognizable. Cream cheese isn’t where you might expect it to be. Poultry seasoning will have to be made from scratch. Spanish celery is woody and hairy. The turkey breast was a special order. 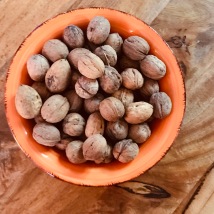 Donna’s idea of a feast involves cooking for an army. My idea is to cook for two and avoid leftovers. The discussion is as follows: Donna says,  “But…leftovers are my favorite part!” I say, “Very few things are improved by reheating them!” The final word is Donna’s, “I like leftovers!” There will be leftovers.

We hit the Mercadona with a shopping list that was in our heads. An hour later we found almost everything we were looking for. We never shop side by side, but there was only one duplication this time. A pack of mushrooms was put back. Regular hairless celery was found. Two bottles of Spanish wine and a bottle of whiskey were put into the basket. The total bill was €63. In Spain that’s a splurge. We shopped for an army of two.

Politics will not be avoided at our Thanksgiving table. The sad history of the occasion will be cause for serious contemplation. Thanksgiving is a time for looking back.  We are blessed that our seasonal nostalgia comes swathed in privilege. All the more fortunate that we grew up surrounded by love, hard work, and strong values. Values that made questioning the world around us as natural as breathing. Silence about important issues isn’t celebrated at our table.  Most of all we will reflect upon our families’ blessings. We miss them. We celebrate as they create traditions of their own.

Ah, but the feast! There will be a turkey breast, cranberry and mushroom stuffing, mashed potatoes and gravy, baked yams, an excellent €5 bottle of Grenache, and a bargain Rioja. There will also be clam dip and Lays potato chips, pickles, olives, and dilled green beans, butternut squash pie filling for dessert, and Irish coffee. There will be leftovers!

Friday morning Donna will roll up her sleeves and make lefse for breakfast. They will be served with a side of sass. “I’m not sure you should be eating any of these. You do know they are leftovers. Hey! Go easy on that jam! I can’t believe you!” Blessed!!! 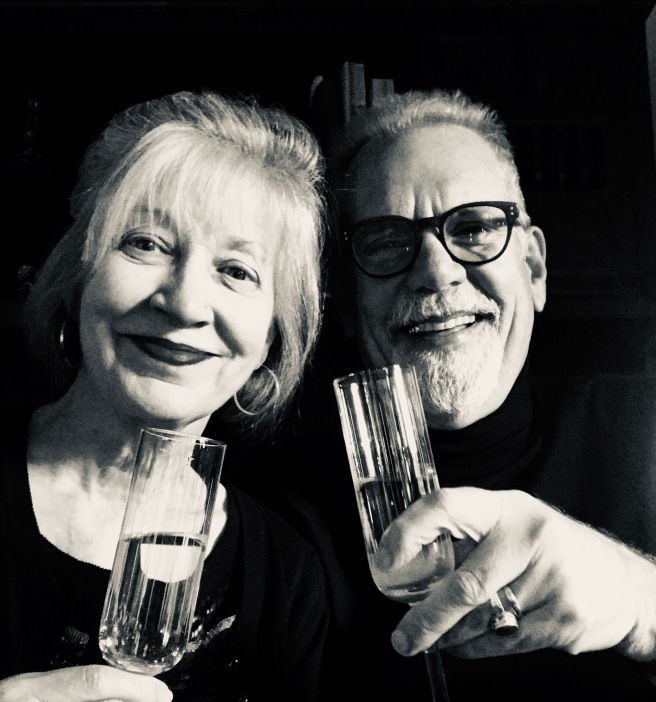 One thought on “Thanksgiving in Oliva, Spain”